Abounaddara is a collective of self-taught and volunteer filmmakers involved in emergency cinema: https://vimeo.com/user6924378

Badael (i.e. Alternatives in Arabic): is a Syrian NGO committed to strengthening civil society groups and NGOs in Syria that are active or want to become active in the promotion of non-violence and in the implementation of activities to reduce the severity of violence, to break its cycle, to respond to the conflict and to prepare for the process of post-conflict peace-building.

Basmeh & Zeitooneh is committed to serving Syrian refugees and the communities that are hosting them in Lebanon and Turkey. We were established by Syrian expatriates who realized short-term emergency measures were failing to meet refugee needs. Our founders are part of the community we serve. We live and work in the same communities as refugees, and we endeavor to help the local hosts as well displaced Syrians. 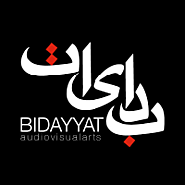 Bidayyat for Audiovisual Arts is a Syrian non-profit organization, launched in early 2013, to support and produce Syrian documentaries and short and experimental films, and to organize specialized training courses on documentary filmmaking.

Center for Documentation of Violations in Syria

The Violations Documenting Center in Syria, documenting martyrs, detainees, missing persons, and the kidnapped from civilians and non-civilians in Syria

Ghouta.com is an information website about East Ghouta. The website provides insights into the daily life in besieged East Ghouta written by activists living in Ghouta. In addition, the website collects articles, reports and statistics published by other websites.

In this evocative, award-winning series for Global Voices, Syrian blogger and activist Marcell Shehwaro describes her life in Aleppo, the heart of Syria's armed conflict, between forces loyal to the current regime and those seeking to oust it. On September 26, 2015, "Dispatches From Syria" won a 2015 Online Journalism Award in the category of Online Commentary. 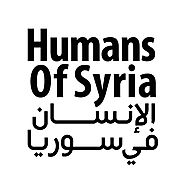 Humans of Syria is our effort to introduce you to the people of Syria: a project to document and publish stories from beyond the battle lines, down to the details that make us human. Stories of daily life, and survival; hardship and hope. 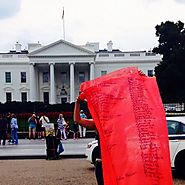 Lina Sergie Attar is Syrian-American Architect and Writer from Aleppo. She is also the Co-Founder & CEO of Karam Foundation

"Death seems to be everywhere. It is almost normal this year to see the calm visage of dead people as they are prepared for delivery to the next world. Sometimes the bodies have not been so horribly damaged, other times it is terrible to even grasp what has happened to the unfortunate soul. But perhaps more worrying have been the videos I have seen of people who have not yet died, but have suffered injuries so horrific that you would wish them a quick and painless death. While this grotesque orgy of violence that we are presented with has shocked me, it has also made me feel much more stoic about life in general." 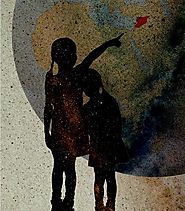 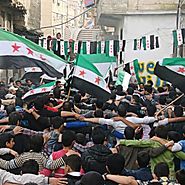 This music channel is dedicated to the glorious Syrian revolutionary surge of 2011 and 2012 that witnessed the most creative political-artistic event in Syria's history since the Roman era!

During their peaceful uprising, Syrian protesters developed a ceremonial tradition, in which they used to re-sing their folk and pop music, having re-written its lyrics and mixed its melodies with their angry will to overthrow Assad Son's regime, charmingly dancing and collectively chanting for their modest demand of... freedom.

It's so unfortunate that very few around the world, even among Arabs, have seen these scenic videos, and YouTube.com itself cannot remember them after the horrifying pictures of the neo-Gulf War prevailed, and after Sunni and Shia militias started invading the war-torn Syria from different parts of the world.

Post-Assad pre-ISIS is to shed some light on an actual yet so forgotten history, as well as on Syria and its once astonishing cry for liberty. 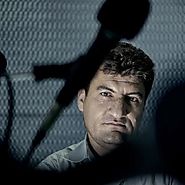 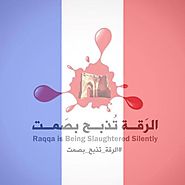 The latest Tweets from الرقة تذبح بصمت (@Raqqa_SL). Raqqa is Being Slaughtered Silently The Syrian Campaign Against #ISIS and #Assad regime in #Raqqa -Raqqa.Slaughtered@gmail.com. Syria - Raqqa

Stories & Tales about Syria and Tomorrow

Working toward a Syria defined by justice, respect for human rights, and rule of law - where all Syrians live in peace.

Syria Untold is an independent digital media project exploring the storytelling of the Syrian struggle and the diverse forms of resistance. We are a team of Syrian writers, journalists, programmers and designers living in the country and abroad trying to highlight the narrative of the Syrian revolution, which Syrian men and women are writing day by day. Through grassroots campaigns, emerging forms of self-management and self-government and endless manifestations of citizen creativity, a new outspoken Syria has emerged, after decades of repression and paralysis. With mainstream media focusing increasingly on geostrategic and military aspects and less on internal dynamics developing on the ground, we believe there are many aspects of the Syrian struggle that remain uncovered, many stories that we would not like to see forgotten. Welcome to the stories of daily resistance and creativity.

The Creative Memory of the Syrian Revolution

This project aims to archive all the intellectual and artistic expressions in the age of revolution; it is writing, recording, and collecting stories of the Syrian people, and those experiences through which they have regained meaning of their social, political and cultural lives. Although most of the cultural and artistic output of the Syrian revolution is available somewhere on the internet, it rushes by and is difficult to find soon after its initial launching. 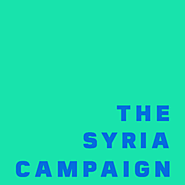 The latest Tweets from The Syria Campaign (@TheSyriaCmpgn). Hope means nothing without action. An open global movement standing for a free and peaceful Syria. Tweets by @talk_to_han (mostly). Global 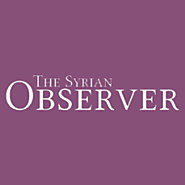 The latest Tweets from The Syrian Observer (@observesyria). A website translating Syria's daily press and providing a who's who profile of Syrian civil society, government and opposition

Syria Civil Defense saves lives and strengthens civilian communitites. We are neutral, impartial and humanitarian. We do not pledge allegiance to any political party of group. We serve all the people of Syria - we are from the people and for the people. 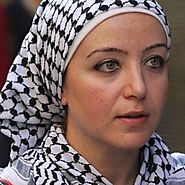 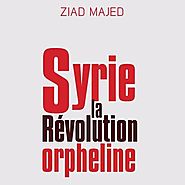 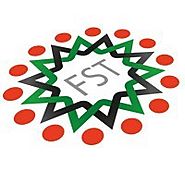 The “Free Syrian Translators” group works on translating into and from the Arabic Language, and covers a range of languages such as English, French and German. In addition to a few materials in other languages such as Russian, Spanish, Italian, Kurdish, etc.. The chosen materials are selected and verified through a controlled mechanism that ensures achieving several professional standards, contributes to the continuous expansion and diversity of the coverage areas and to the growth in numbers of the translation, proofreading and archiving cadres.